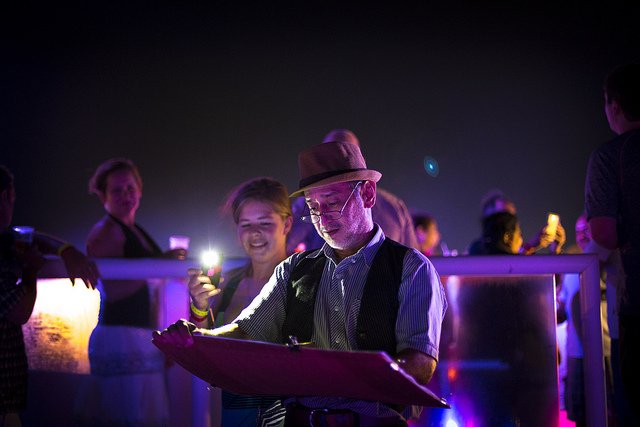 I want to gear this NeuCoin review towards NeuCoin as an investment and NeuCoin as the first serious proof of stake coin which is being rolled out in the ‘real world’ to test spending. The main reason NeuCoin is interesting to me is that I want to see how it performs in the real world marketplace. NeuCoin is also the first real proof of stake coin that is going in big in the marketplace, and wants to be geared towards currency use in a number of projects and platforms (several of which surprisingly, have already signed up with NeuCoin even before launch).

NeuCoin is a proof of stake coin, a consensus mechanism first seen in Peercoin and adopted later for many other crypto projects, notably NXT and Bitshares in the crypto 2.0 space.

Proof of stake achieves consensus by requesting users of the system to prove ownership of certain number of coins. The users of the system who hold the most coins will have the most say in the system, thus aligning the interests of the users with a honest chain. Rewards are proportionate to how many coins you hold. To learn more about Proof of Stake, see the Wikipedia page, Hobonickel Wiki (one of the earliest adopters of PoS) or the NeuCoin wiki. Also see the NeuCoin whitepaper to learn more about the technology and vision behind the project.

NeuCoin will distribute through a pre-sale, the details of which will be available soon. Launch is scheduled in Spring 2015. Here are some public details:

Now, there’s been a good deal of discussion about whether this is fair, and how it should be valued. NeuCoin has stated that the marketcap should be calculated as 100 million * $0.01 = $1 million, which is quite cheap if you think about all the people and work behind this project. However, that will not tell the full story. Even though there are restrictions that are sensible, I think a more meaningful supply needs to be chosen for calculating the marketcap.

At 3 billion, marketcap is $30 million, a healthy number. The reality is probably somewhere between the two. I’ll leave it up to you to figure out if you think it’s over or under valued.

There are also plenty of bounties for users, so keep an eye out on those.

How NeuCoin Seems to Differentiate Itself

NeuCoin is a new Proof of Stake coin which has a solid team behind it. That’s, I think, one of the best features that stands out about NeuCoin. It doesn’t seem like another pump-and-dump effort. The team has already raised $2.25 million from several business angel investors, including Patrik Stymne co-founder of King, Rob Goldman head of growth at Facebook, Emil Michael, SVP of business at Uber, Henrik Kjellberg, President of Hotwire and many others.

NeuCoin has also signed up with some content providers, to ensure there is already going to be a ready marketplace for using this coin when it launches. This is a very positive step. The team also wishes to make it easy to use and adopt, focusing on easy acquisition and spending.

The technology seems solid, but it’s the team and investment community behind the project that hold the most promise and potential.

Proof of Stake Coins as Investments

NeuCoin of course isn’t the first proof of stake currency out there. There was a whole moment in the cyrpto-world when PoS coins were being cloned faster than the block confirmation time of Fastcoin. Several high-profile failures including Mintcoin have steered people away from this model. There was also a huge pump-and-dump movement as an initial mining period followed by pure proof of stake, which was another failure for any long-term investment.

However, what most people forget is that proof of stake currencies are much older than that, and they can be an excellent investment vehicles, especially with a high liquidity. These need to lose value at a much higher rate than regular cryptocurrencies in order for you to make a loss, since they pay “interest”. Also, the inflation, it turns out, isn’t as bad as the 100% PoS rewards would make you believe.

One of the best journals for a good proof of stake investment was written by tokyoghetto way back in early 2014 before the proof of stake boom cycle. Read the HBN investment journal to learn more. Coincidentally, HBN (Hobonickel for the uninitiated) also has a 100% PoS rate, and has been one of the most stable cryptocurrencies for over 2 years (which feels like an eternity in this space at times). It is still going strong, with a responsible and responsive developer, with active development. It just so happens that not many people know about it.

Due to the 2% every 10 days principle, proof of stake coins can be a great investment. My biggest problem with coins like Hobonickel has been their lack of ‘real world’ use cases. There were a few marketplaces opened but nothing remotely substantial. It was meant to pass on from one investor to another. This, in my opinion, limited its use overall. NeuCoin doesn’t seem suffer from this shortcoming, as they have very active plans for real-world use cases. Of course, it remains to be seen how it turns out in the end, but I think the success probability is higher than most other coins out there.

Also, remember that unlike PoW coins, PoS coins historically have had a much lower selling pressure, since people tend to hoard instead of churn (which is a good thing). This also has the side-effect of reducing liquidity, which is an issue. It’s hard to say which force will win out.

Proof of stake can be a very good choice from a longer term buy-and-hold perspective, which is a statement that you’ll probably never hear in the cryptoland where everything seems like a pump-and-dump. Of course, a lot depends on the team and its execution, but the risk is minimized with proof of stake coins to a very large degree.

Proof of Stake in the Marketplace

What happens to NeuCoin a year or two from today would be interesting to see not just from an investment perspective, but also from a currency perspective. I like that NeuCoin doesn’t make any grandiose promises of ‘Bitcoin 2.0 revolution’ and arbitrary use cases. They are sticking to the age-old currency aspect of cryptocurrency. However, the catch is, we haven’t yet seen a widely adopted proof of stake cryptocurrency.

I am not sure what the reason is. Peercoin, the first proof of stake coin, never really took off as a marketplace currency even as some other contemporaries like Litecoin did (even though it was much lower than Bitcoin). Heck, I remember NobleCoin probably had a higher marketplace presence than Peercoin. Other promising PoS currencies came and went without much marketplace adoption. The current market leader Bitshares, which uses a Delegated Proof of Stake, has been doing terribly the last few months and never really took off as a currency in any case.

NeuCoin, however, wants to be seen as a currency for real spending. This is going to make things interesting because holders naturally have a tendency to hoard – after all, you’re getting about 2% returns every 10 days, so do you really want to spend this money right now, or would you rather wait to get increase your coin count.

This will, in my opinion, have some significant repercussions on how crypto marketplaces react to deflationary currencies in the first place. If the value of your currency is increasing, will you tend to hoard than spend? To what extent does the merchant need to incentivize you to spend? These will be interesting dynamics in the marketplace.

Even though you see a 100% PoS reward, the actual supply is going to be much slower, due to people spending, moving money around, and putting their coins on an exchange. By staking your coins, you are very likely to beat inflation, which is to say that if you controlled a total of 0.01% of all NeuCoins in existence today, let the coins stake (compound them) and never spend them, chances are, in a year, you’ll control more than 0.01% of all the NeuCoins in existence then.

From an investment perspective, the real risk is therefore to know or predict whether NeuCoins one year from today will have much value. Some favorable factors will include lock-up periods and wide distributions to a lot of key stakeholders and active members in the crypto-space. Reduced selling pressure due to incentives to hold is also a very favorable factor, especially in the initial days and months of launch.

Adoption will definitely determine the success of the coin to a good extent. If you see content providers and artists accepting and promoting NeuCoins, and regular people buying gift cards and other items online, that’s going to be a very good sign. Even though this is true for most cryptocurrencies, a proof of stake coin would be specially valuable to hold in such a scenario owing to the interest earned.

One cannot say many coins in the cryptocurrency world are buy-and-hold, but promising proof of stake coins come close, based on the fundamentals and the historic prices (seriously, see HBN evolution over time) of such coins. Every investment is going to be quite risky, but NeuCoin seems like a worthy risky investment. It all, of course, depends on how the team executes.