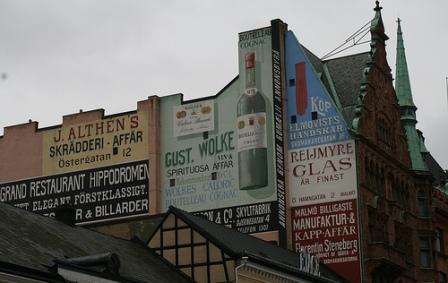 If you’re looking to advertise a Bitcoin site, you’ll learn soon enough how difficult it can be. One of the main reasons is that it is a small and niche community, and therefore harder to reach via traditional advertising platforms and methods like Google Adsense or Facebook ads. If you’re looking for the most bang for your buck in advertising dollars (or Bitcoins!) then it is best to promote directly to the people in the Bitcoin community instead of trying to advertise on venues that are open for all.

Even though hundreds of millions of dollars have flown into Bitcoin startups in the last few years, funded by venture capital firms, there are surprisingly few very good avenues to advertise a Bitcoin site to the community directly. Most of the best avenues are the ones that were built by the early community. Perhaps some startup will work on this problem soon enough, but for now, we have the following advertising methods.

Here are some of my top recommendations on where you can advertise a Bitcoin service or site that gets some eyeballs within the Bitcoin and cryptocurrency economy.

1. Anonymous ads: Anonymous ads is one of the most widespread advertising networks in the Bitcoin space. It is a pay-per-view (CPM) type of advertising, so you pay a flat rate to anonymous ads and it shows your ad to an audience. Although most of the sites here are in the Bitcoin and cryptocurrency niche, there are many that are not, so be sure to target your ad specifically to Bitcoin sites. They manually review all publisher sites and classify them accordingly. For instance, this blog is classified under Bitcoin, Blogs and News tag.

2. CoinURL: This is the largest pay per click advertising network in the Bitcoin space, and the rates are quite cheap, especially compared to something like Google Adsense. If you’re using Adsense to advertise your Bitcoin site, then I think it makes a lot of sense to try out CoinURL as well, since it is geared towards the community and the rates are lower too.

3. CoinAd: I would recommend using a paid-to-click type of service only for low-budget type projects, even though some of the biggest names in the industry, like cex.io, advertises here. If you have a good landing page with a fair conversion rate, this is a nice way to attract a lot of eyeballs in the community. This type of advertising is particularly good for Bitcoin gambling sites.

4. Reddit: I hope I don’t have to explain Reddit to you. If you can afford it, advertising on Reddit can be a very effective way to reach the wider Bitcoin community. You get the top link on the page, which is visited tens of thousands of times a day or more.

More ideas? Let me know in the comments.