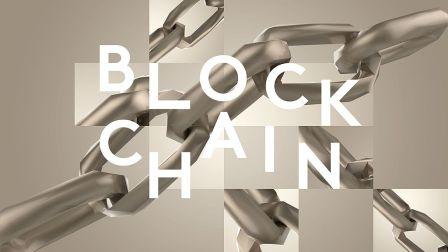 Blockchain is here to stay. And that means that people in the financial sector are starting to worry about their job security. But do they have good reason to worry? And wouldn’t a technological breakthrough like this create jobs rather than start a wave of redundancies?

We’re well aware that no matter what industry you’re in, automation is a genuine concern in terms of job security, but of course, some jobs are far more likely to be taken over by machines than others. Blockchain, however, which certainly does remove the need for a number of human processes, is not a wholly automated technology…yet.

But before we go any further let’s first explain what blockchain is for those who are unfamiliar with the technology.

In simple terms, blockchain is like a digital ledger that is hosted from every user’s computer. There is complete transparency for all users with all transactions viewable and verifiable at all times. This makes it incredibly difficult to make fraudulent transactions and is a boon to those dealing with large sums of money particularly with overseas clients.

What blockchain is doing to the financial sector is opening it up and doing away with many of the mysterious procedures that those outside the industry had no understanding of. In effect, it is rendering many of these processes redundant.

And of course, fewer processes means less demand for employees to carry out such tasks. But just like many industries adapted to automation so too will the financial industry readjust itself.

In fact, several major banks have joined Swift’s blockchain project proving that they are indeed embracing this new technology. And with financial institutions taking such steps, they are creating new positions within their workforce.

Many have likened the rise of blockchain as something of a ‘dawn of the internet’ moment in financial history. Just like the internet, as blockchain evolves, and more institutions not only make use of it but embrace it, a new wave of job titles and positions will appear.

As the technology develops, there will be a need for security experts and those with encryption skills as companies seek to protect their records and ensure that this seemingly fraud-proof technology is as bulletproof as it claims to be.

There will also be endless applications of the technology that will require specific software, and so you can expect a wave of blockchain startups to crop up over the next few months and years. So as you can see the potential for job creation is quite encouraging.

Perhaps even the jobs currently under threat in the financial sector won’t just disappear but will actually evolve to incorporate blockchain-related tasks and responsibilities. Just like the print editor of bygone days is the online content editor of today so too could the international banking specialist of today become the blockchain expert of the future.

While financial professionals are right to expect change, it might just be that they too are part of that change and that all their fears of unemployment are unfounded.

One Response to “Will Blockchain Affect Jobs in the Financial Sector?”