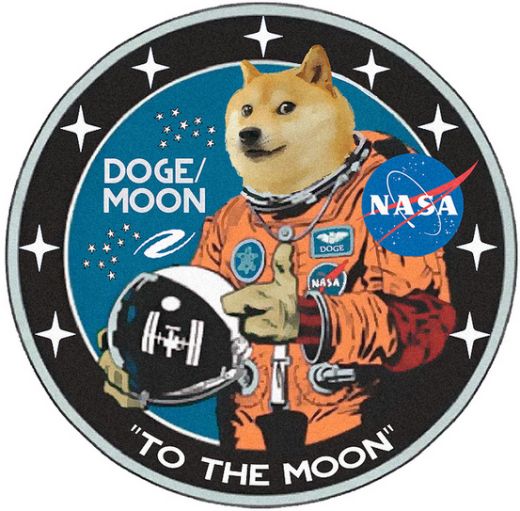 Will Dogecoin succeed, in that will Dogecoin be worth anything after the ‘meme-fad’ passes away? To answer this question, we have to take a look at what gives crypto-currencies value in the first place, and decide if Dogecoin can indeed be valuable someday, based on what it brings to the table.

On the surface, Dogecoin is just another altcoin that is a litecoin clone. There was no premining. I wouldn’t talk about desirability, but some of the interesting features of Dogecoin include –

Again, there is nothing unusual about any of the technical specifications here. There are many altcoins with no premine. There are lots of altcoins with very high number of units (infinitecoin) designed to be rapidly mined out (quark) or have very fast confirmation times (fastcoin). However, it seems like Dogecoin and the community just took off for a number of reasons. Also, it is very important to note that a lot of altcoins also ‘took off’ for a small amount of time, only to crash back down. Irrespective of its market value, Dogecoin doesn’t show the characteristics of pump and dump altcoins.

It is important to ask – what makes a crypto-currency succeed? I would argue – the network and community using the crypto-currency. The whole space is very new and niche. Value is derived from people using and trading things of value, mostly over the internet. Dogecoin has caught the imagination of the people and press and is leveraging this to form something promising. The network hash rate of Dogecoin has exceeded that of Litecoin! The small miners enjoy mining Dogecoin.

These types of successes are hard to predict in foresight but very interesting to study in hindsight. Dogecoin did many things right. The Reddit Dogecoin community is super-active and tries to do a lot of good, such as raising over $30,000 for the Jamaican Bobsled team in the Sochi winter olympics. The qualitative ‘feel’ of the Bitcoin and Dogecoin communities couldn’t be more different.

Also, a lot of people are holding out and asking for whether Dogecoin will reach $1. This is hard to answer because it depends on the whole future of crypto-currencies. However, let me tell you this – it is highly unlikely that with Bitcoin at around $1000, Dogecoin will reach $1. Bitcoin at $1000 gives Bitcoin a market value of about $12 billion. Dogecoin at $1 would give it a market value of about $40 billion. I don’t see Dogecoin becoming that valuable with respect to Bitcoin. However, if Bitcoin were to go up exponentially and reach a high market cap with respect to the dollar, there’s every chance that crypto-currencies like Dogecoin will have a market value in billions and indeed, Dogecoin might just even reach $1.

What are your reasons to buy into Dogecoin?

11 Responses to “Will Dogecoin Succeed? A Deeper Look into Cryptocurrencies”