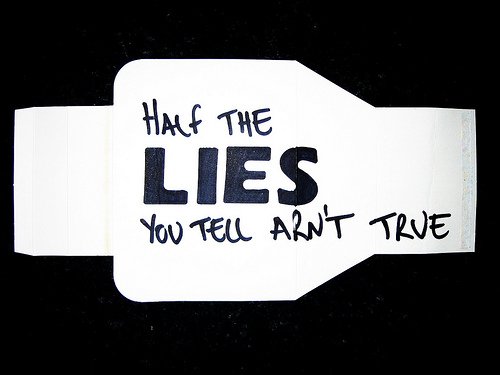 Let me elaborate. If you didn’t read already, Wired ran a story Homeless, Unemployed, and Surviving on Bitcoins. The premise was tantalizing: Bitcoin is providing a way out for these poor homeless guys, even if they don’t make as much as a minimum wage job. The entire argument in the first half of the post was based on this: Guy gets food stamps, but that’s not enough. He makes about 60 cents watching 12 videos on BitcoinGet (and a couple of pennies on Bitcoin Tapper) that helps him get by. Notice how I said was and not is in the last statement? That’s because the actual worth of those videos is 6 cents and not 60 cents. Wired knew of this but preferred not to correct until after getting the sweet-spot-clicks-and-comments (more on this later). Because, you know, screw the facts. Now the whole premise looks silly. 6 cents a day isn’t really going to help you supplement your income.

There are other fishy things in the article. Consider this for example:

Since setting up a bitcoin wallet about three or four months ago, he has earned somewhere between four or five bitcoins — about $500 to $630 today — through YouTube videos, Bitcoin Tapper, and the occasional donation

(bold is mine)
Really? Lets do a reality check (I know how much you love Math)
I’ll use another direct quote from this article as it stands now (corrected version, live right now):

For every video he watches, Angle gets 0.00004 bitcoins, or about half a cent, thanks to a service, called BitcoinGet, that shamelessly drives artificial traffic to certain online clips. He can watch up to 12 videos a day, which gets him to about six cents. And he can beef up this daily take with Bitcoin Tapper, a mobile app that doles out about 0.000133 bitcoins a day — a couple of pennies — if he just taps on a digital icon over and over again.

Ok, so lets give them the benefit of the doubt (really, BitcoinGet doesn’t have 12 videos for you daily). Lets say they do this every single day without fail for 90 days straight. Lets check their earnings for 3 months:


Where did the other, I don’t know, 4-5 Bitcoin come from? Donations in Bitcoin? There, that’s a reality check for you. If you did the above for 3 months straight, you’ll probably have enough money to buy a pizza.

Do you see how the truth is harmful to the narrative? An additional 60 cents a day for about 10 minutes of work is worth it especially if you’re homeless. An additional 6 cents for the same? Not so much. Why is this harmful? Because others might be tempted to do the same without going through the Math above and trusting a trusted “news” source. If it wasn’t obvious from the above, let me reiterate: You cannot make 4-5 Bitcoin from BitcoinGet and Bitcoin Tapper even if you used these every single day for the next 2 years.

Writing a story saying “Homeless guy earns $6.9 after working for 3 months online” doesn’t make a good story now, does it? The article has close to 300 comments. That’s what matters, apparently.

Also, don’t get me wrong. There are quite a few ways you can Earn Bitcoin online, but don’t expect that to replace your day job (if you’re homeless and reading this and really want to earn some Bitcoin online, consider the CrowdFlower section of BitcoinGet, for example, instead of the stupid videos).

I am all for homeless people using Bitcoin and getting paid in Bitcoin. Bitcoin is awesome. Bitcoin is beyond awesome. But I will never support sensationalist stories that distort facts. Deliberately. Now for the deliberate part.

See these two screenshots below. Notice the difference? 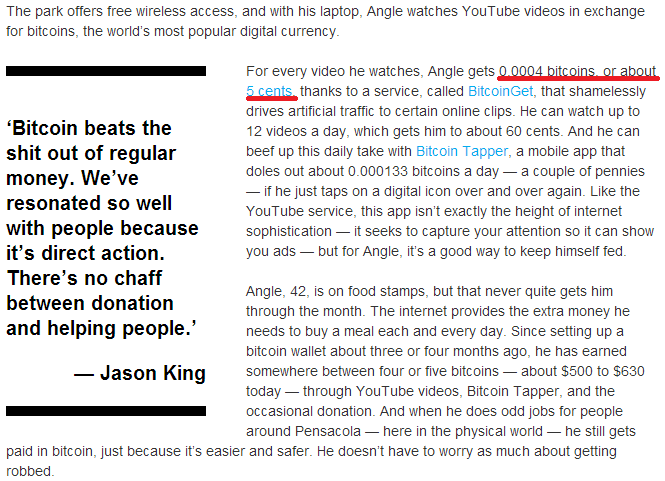 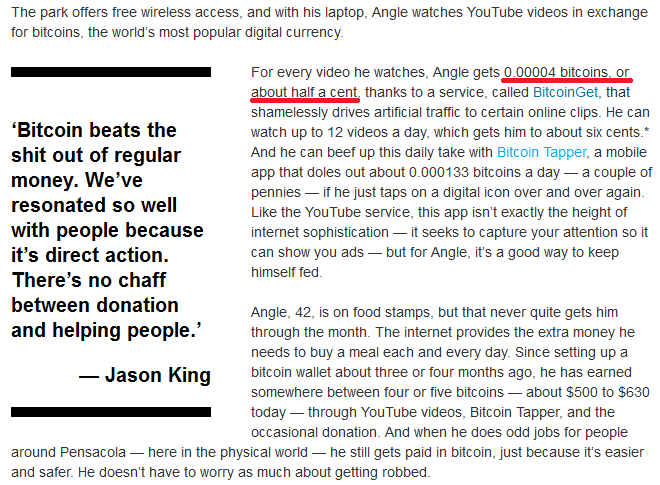 The article changes the payment from BitcoinGet from 60 cents to 6 cents. The article was published at 6:30am. I emailed the writer at 7:04am about this glaring error. She wrote back to me at 7:15am claiming I wrote the same thing that she wrote. I emailed her back, with clarification, at 7:21am, telling her that this was wrong. Yes, she knew, for certain, that the facts in her story were wrong, within an hour of it being published. The article was finally corrected around 4pm after the article had ran its course in the crazy internet world where facts matter so little. Mission accomplished. Now, for the sake of “Journalistic Integrity”, we can revert back to facts.

So here it is. I am calling out Wired on their terrible job in correcting factual errors and providing a narrative that isn’t supported by facts as shown above. I know my post will not get a fraction of the views the original Wired article got, but the Bitcoin community needs to be aware of such sensationalism without merit. It’s a shame that Wired had to do resort to this – I know some of the articles in Wired are wonderfully researched. Unfortunately, this wasn’t one of them.