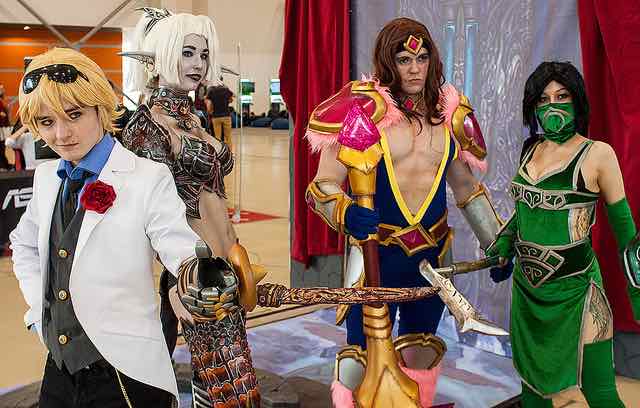 Online games, and genres like esports are growing at a rapid rate. Esports in fact threatens the big-3 sports in terms of audience in the Unites States, just so you get an idea of how big this market is. You’re talking about a worldwide audience of over 200 million just to watch these games, let alone play them.

Online gaming itself as a genre is hugely popular especially among the younger demographics. At the same time, this popularity has attracted a huge swathe of competitors, which means it is increasingly harder to gain attention for your games from gamers. This is generally a hard problem to solve in such industries, given that the play time is limited. Can a crypto token help with this?

Crypto Token and its Utility

The utility of a crypto token in such an environment is that it can act as a layer of incentivization on top of existing games. That’s the proposition of Yumerium, in using its YUM tokens for this purpose. Games that integrate with YUM and the Yumerium token can add this layer on top of their existing games.

So how does it work? It helps the games attract more people and create more incentives for the players in that ecosystem. For example, games can use YUM to review games, and then use that token to buy in-game items in another game that also supports YUM. This is the ecosystem play here. Games can also award these crypto tokens for playing games to retain their loyal fans, and for sharing with their friends. Therefore, the token in this case is used for marketing purposes and user acquisition.

The play here is that all games that are part of the Yumerium network will benefit by other games joining the network, since it gives more value to the token being used in many different places. Take a given game, which allows you to earn some YUM. Now where do you spend it? You can of course spend it in that game itself, but wouldn’t it be nice to be able to go explore other games? That’s the network value here.

If there is a large enough user base based on the above, then other games would have an incentive to join the network. This attracts more users and the cycle continues. Of course, this is the classic marketplace dilemma of getting both sides on your platform. However, with crypto tokens, the problem of starting out is easier because you can incentive both sides to share in the upside if successful. We see this for many industries (e.g. we recently wrote about a marketplace for photo licensing).

The Yumerium team has already lined up their first partnership. A game called cryptomine will build integrating the YUM token. If it proves to be successful, it would attract other games to do the same. The team also has employees with experience in the VR realm, which is touted as the future of gaming. Keep an eye out on any VR enabled games to be built here as well.

If you’re interested in learning more, check out the Yumerium website. Also check out the whitepaper for more details. Yumerium will soon have a token sale. Remember that all token sales are hugely risky and you can lose all your principal. Don’t invest more than you can afford to lose and be responsible with your investments.